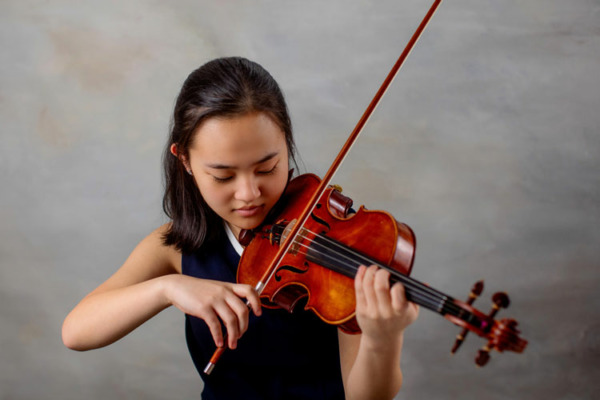 Ms. Kaminuma, 16, who is the sole musician from Massachusetts to be chosen, earned the honor for the second straight year and will join an orchestral ensemble comprised of 80 musicians nationwide, aged 14-17 years. She was also selected as an alternate to the National Youth Orchestra of the United States of America (NYO-USA).

Carnegie Hall’s NYO-USA, NYO2 (the ‘sister’ ensemble to NYO-USA for younger teens) and NYO Jazz ensembles recognize the finest young musicians from across the country and invites them for month-long summer residencies from which they learn and work with some of the finest conductors and musical minds in the world.

“I was definitely shocked because the program and the audition process is very competitive, and I never thought I would get in,” Ms. Kaminuma said. “I was also extremely excited because it’s a very special opportunity. My older brother (Richard, CHS ’16) was the apprentice conductor of NYO-USA in 2018, and I went to NYO’s concert that summer. Their performance was incredible, and my brother had a fantastic time there. So ever since then I’ve always wanted to be a part of the NYO program. I was so happy that I was accepted!”

Ms. Kaminuma will attend Carnegie Hall’s intensive summer program for the month of July, at the State University of New York (SUNY) at Purchase, for a month of private lessons, master classes, collaboration and performances. Conductor Mei-Ann Chen, Music Director of the Chicago Sinfonietta and Conductor Laureate of the Memphis Symphony Orchestra, will lead the NYO2 ensemble, while Joseph Young, the Artistic Director of Ensembles at the Peabody Institute at Johns Hopkins, will serve as a Resident Conductor.

For the audition, Ms. Kaminuma submitted a solo piece (the first movement of Vieutemps Concerto No. 5 in A minor); two excerpts of short passages of orchestra pieces; an essay about her experience as a musician; a video clip of answers to assigned questions; as well as a formal recommendation from a teacher, school administrator, ensemble director or community leader.

Ms. Kaminuma will travel to Purchase, NY (just north of New York City) on June 26 where she will quarantine with her peers until the NYO2 summer session begins on July 5. In previous years, the residency included a performance at the renowned Carnegie Hall. A live performance is in doubt this summer, however, since the Hall remains closed until the fall due to the Covid-19 outbreak.

All three ensembles will learn and perform new works specifically written for them. “As a musician, I’m really excited to learn new pieces and explore different kinds of music,” Ms. Kaminuma said. “It can be stressful, but I’m more excited and enthusiastic about it especially since I haven’t played with an orchestra in so long. I’m extra motivated to learn and play with other musicians again.”

While she was unable to play with the CHS Orchestra during this academic year due to time constraints, Ms. Kaminuma plans to return for her junior and senior years. “I definitely want to continue playing the rest of my life,” she noted. “I would like to attend a college that has a very good orchestra. It’s a main focus in my life.”

Ms. Kaminuma, who has studied under Fudeko Takahashi Cohler of the New England Conservancy since 2016, has already compiled a remarkable list of achievements. She earned first prize in the 2017 Roman Totenberg Youth Strings competition and followed with first prize in both the Grand Prize Virtuoso International Competition (2018) and the Great Composers Competition 2019-Music of the 19th Century. She is also a member of the Boston Youth Symphony Honors Chamber Music Ensemble.

Ms. Kaminuma’s selection to the NYO2 is the latest in what has been a year of accomplishments for the CHS Fine and Performing Arts Department:

The Chelmsford Public School District provides all students with multiple pathways to optimize their own potential for academic excellence, leadership, and social and emotional wellness. The mission of the Chelmsford Public Schools is to educate, engage, prepare, and empower well-rounded and knowledgeable learners to PERSEVERE through challenges, demonstrate RESPECT and INTEGRITY in their words and actions, are DEDICATED to their community, and display EMPATHY as global citizens while discovering and pursuing their full potential.  This PRIDE-driven culture enables all members of the school community to support the growth and development of students.  For more information, please visit chelmsfordschools.org. 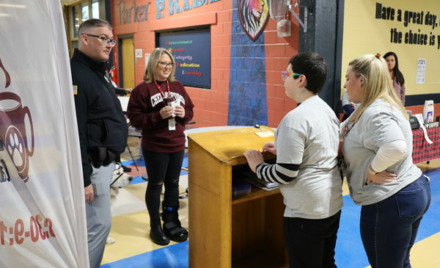 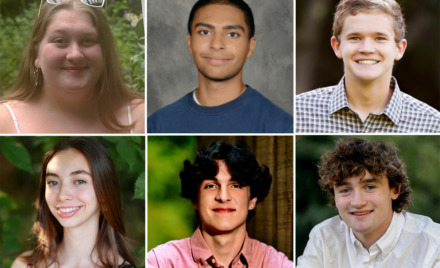 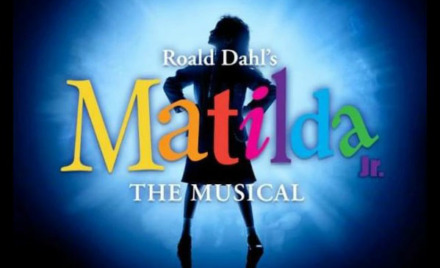 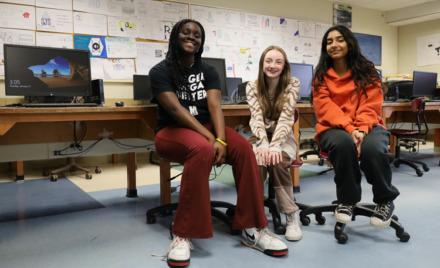 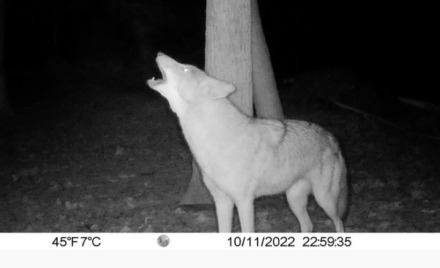 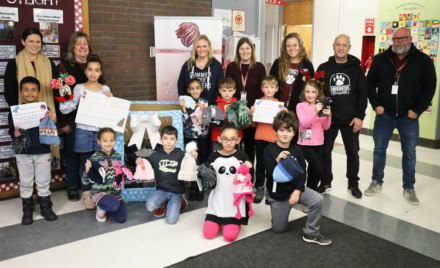